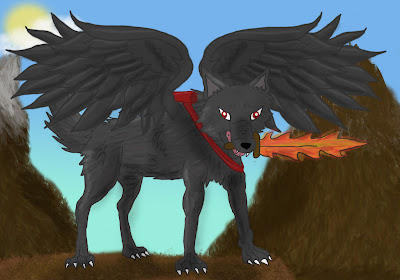 Black wing is the only wolf with black wings and is fear by all the wolves. He was the wolf leader son but his black wings worried all the wolves that nothing but evil could come from him. As a result of this he was exiled from his island. He lives alone in the middle of the entire islands and kills any wolf that tries to fly between them.
Posted by Silver Burst Animation at 12:14 No comments: 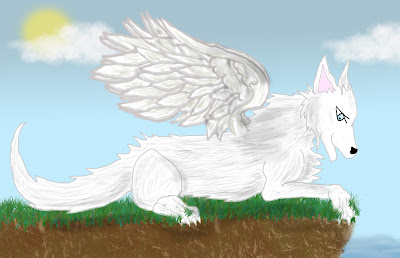 Pruina is a lonely wolf as she fell from the skies and was taken in by the wolf leader who looked after her seen she was a puppy. Though most of the female wolves do not fight she can fight well with a sword. With this skill she teaches Seduco to fight and soon they fall in love.
Posted by Silver Burst Animation at 10:21 No comments: 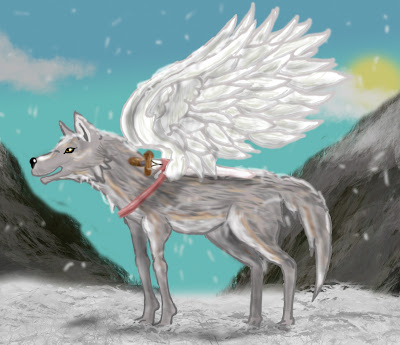 Seduco is a wolf with wings that fights with he trusted sword. The wolves here are much different as they can fly and instead of fighting with their mouths and claws they use their swords. They all live on islands and used there fighting skills to keep other wolves out, but the evil black wing as stopped any wolf from flying away from its island. Seduco is not a great fighter but soon learns his the one to kill black wing and must follow his destiny.
Posted by Silver Burst Animation at 10:14 No comments:

Silver Burst Animation
I am an animation. I am passionate about animation and specialize in 2D cut out. I know the following programs Toon Boom, Flash, After Effects and CelAction. I also enjoy designing my own characters and backgrounds.